From being the Plaza del Rey, or being named after the regent of the time, to being called Plaza de la República or Plaza de Jose Antonio, since 1933 it has been named Plaza de la Constitución, a name which persists to this day.

In that same year, the council offices were moved to what would become the Casa Consistorial (Town Hall). As a result, the square was popularly named the Plaza del Ayuntamiento (Town Hall Square) or Plaza del Reloj (Clock Square), names that everyone knows, despite them not being official.

What became the Town Hall was once the Barracks of the Civil Guard, since the last quarter of the 19th century, having been moved to the rear of the building to install the municipal offices after the renovation carried out by architect Alberto López de Asiaín. Finally, in 1994, the Barracks were moved to the city’s exit.

The façade of this building is worth taking a look at, where Bailén’s coat of arms stands out along with its clock and the turret that had to be built for it. Today we can see an electronic chronograph, acquired on October 15th, 1982. Over the years, many different clocks have marked the passage of time and had to be discarded because they broke down quickly.

Making history, the first on record dates back to 1822, situated in the Torre Mocha (Tower) of the fortress residence reserved for the Counts Ponce of Leon, in what was once the Castle of Bailén. Later, in 1849, a new clock was acquired, which did not last long at all and had to be replaced in 1862. This one had two bells, which are still preserved to this day. Being the first to be installed in the tower that had to be built for that purpose, a huge financial effort was funded by both the municipal budget and inhabitants of Bailen, who contributed half of the forty thousand reales (old Spanish coins) of the total amount. An interesting anecdote is that, during its construction, one of the workers fell. Luckily, he was saved by a Civil Guard from the Barracks, who cushioned the fall. Finally, the decay meant that, on November 28th, 1914, the penultimate acquisition was made that would remain until the arrival of the one we see today.

Upon entering the Casa Consistorial (Town Hall) and, more specifically, the Chapter House within it, we will find a copy of the original Portrait of General Castaños by Valencian painter Vicente López Portaña. He was the Court Painter of Fernando VII, succeeding Goya, and he knew how to embody the prowess of the first duke of Bailén with a calm face, bursting with experiences. Its reproduction was commissioned by the Mayor Don José Morillo Cárdenas to the Duke of Bailén, Don José María Cavero de Carondelet Goicoerrotea, in 1927. A year later, and coinciding with the commemorative events of the Battle of Bailén, the President of the National Assembly Don José de Yanguas Messía, presented the work painted by Don José Nogué y Massó. 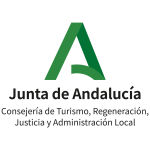